What is Stereolithography? How it works?

Stereolithography was patented as a rapid prototyping and it still remains to be one of the fastest and preferred method of 3D printing. We will also go through why it is still preferred even though a number of other 3D printing methods have come up over the years.

Stereolithography works in a very fascinating way and SLA incorporates various unique solutions that ensure that the CAD model is reproduced accurately and quickly.

SLAs have four main components: A tank or tray with liquid photopolymer, a build head, also called stage or platform, which lowers down in the tank as the objects are generally printed upside down in SLAs, a DLP projector for ultraviolet laser and a computer system which controls the movement of the build head and the UV laser. 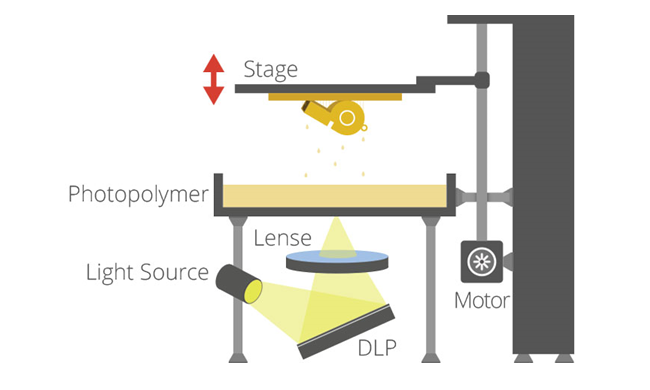 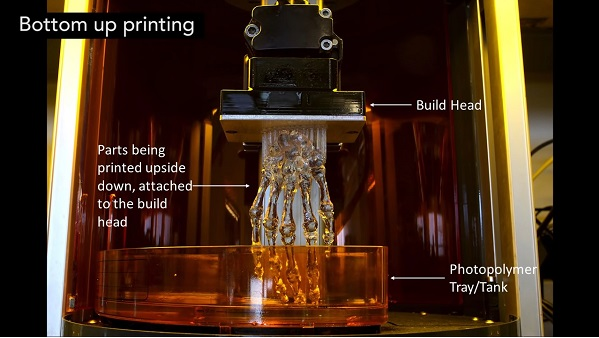 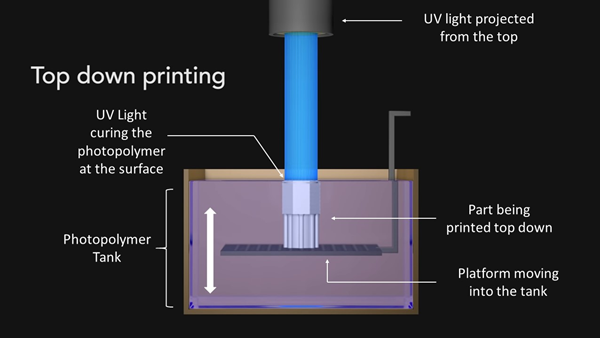 The printing process begins with a thin layer of photopolymer (generally 0.05 to 0.15 mm) being cured at a time. The UV light is controlled using a computer which cures the photopolymer according to the required to the shape of the part.

Once the printing is complete, it is cleaned with a liquid solvent to remove excess liquid photopolymer and then support posts are removed. The part is often placed in an Ultraviolet oven to cure and fully solidify it.

SLAs are generally capable of printing high detailed objects with great accuracy along with providing smooth finish to the surfaces. Although, the quality of the object may depend on the quality of the SLA used to printing. Once the post processing is complete, the parts can also be coloured

SLAs are also capable of printing at a fast speed as compared to other printing methods such as Fused Deposition Modelling, while the amount of time taken to completely print a part will vary with the size of the model.

Stereolithography also supports large variety of material selections which makes it capable of producing models with varying physical properties such as being flexible or being strong and rugged. User can choose the material and the physical property they want according to the requirements.

You can view other materials that can be used in SLA here.

One of the biggest advantages of SLAs are its speed. Many small to medium parts can be printed within a day. Parts printed using SLA are strong and don’t lose their strength easily over time. And as we have already seen, they are also capable of printing detailed objects with an accuracy of more than 95%.

Though Stereolithography don’t have many disadvantages, the price of printing remains to be the biggest one of them. The photopolymers and the SLAs don’t come cheap, although the price has come down quite a bit in recent years.

We have gone through how Stereolithography works and what are the different methods that SLAs use to make the printing process faster and efficient. Its versatility, speed and precision make it stand out from the other 3D printing methods even after 30 years of its introduction. 3D printing is rapidly becoming more widely used in today’s world and SLAs remain to be one of the best solutions.